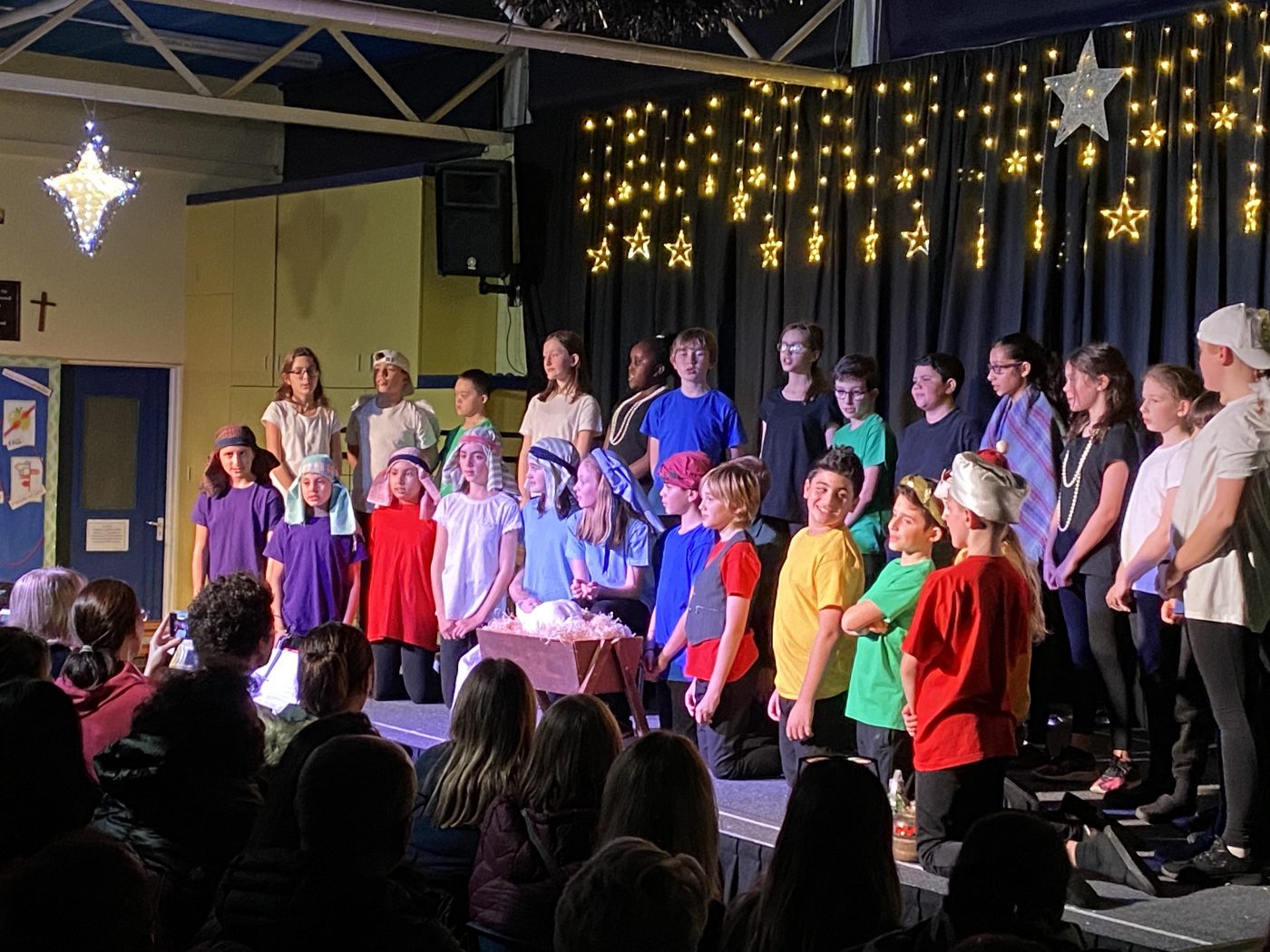 Y6 took on roles in a modern take on the Nativity story! Mary and Joseph traveled to Bethlehem but encountered mishaps along the way.

When their old Skoda broke down and they discovered that their hotel had been double booked, they were forced to stay in a kindly Zoo Keeper’s office next to his stable where Jesus came into the world!

Meanwhile, a group of ‘not so wise’ Stargazers set out to see the baby king in their Transit van with gifts from Argos. Herod called on his bumbling Royal Action Team to find the baby King and Angel Gabriel delivered a special message to a group of Shepherds while they washed their socks at night!

A huge thank you and well done to Y3, 4 and 5 for accompanying the acting with their spectacular singing.

Sorry, the comment form is closed at this time.